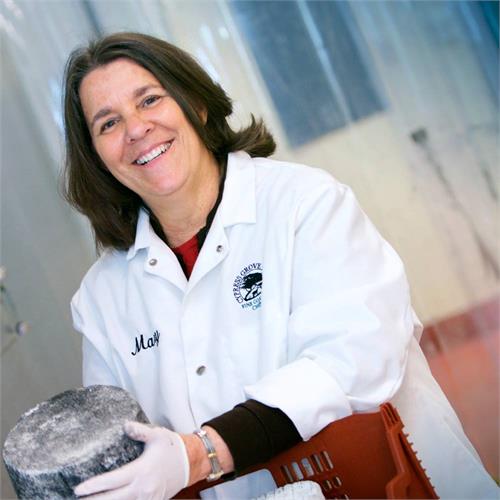 The seeds of Cypress Grove Chevre were sown in the 1970s when Mary Keehn, a single mother of four daughters living in Humboldt County, began looking for a healthy source of milk for her family. As luck would have it, a neighbor had goats. When asked by Mary if she was interested in selling them, she told her, "Honey, if you can catch them, you can have them." Armed only with her resolve and a coffee can full of oats, Mary captured two does, and in doing so launched a unique place in American food history. Within a few years, the size of the herd had increased significantly and she found herself with excess goat milk. She started experimenting with cheese making in her kitchen and with a small customer-base already growing, she officially launched Cypress Grove Chevre in 1983. As consumer tastes evolve, so does the demand for cheeses that pleases their clamoring fans — a challenge Cypress Grove is more than happy to meet. The dairy is managed primarily with the health and happiness of their herd in mind. The American Humane Association endorsed their model dairy as Humane Certified with a 100 percent score several consecutive years in a row.

We've got you covered! — Although items are currently unavailable from this maker, find other specially chosen items you'll love »

Over 23 Years of Grocery Home-Delivery