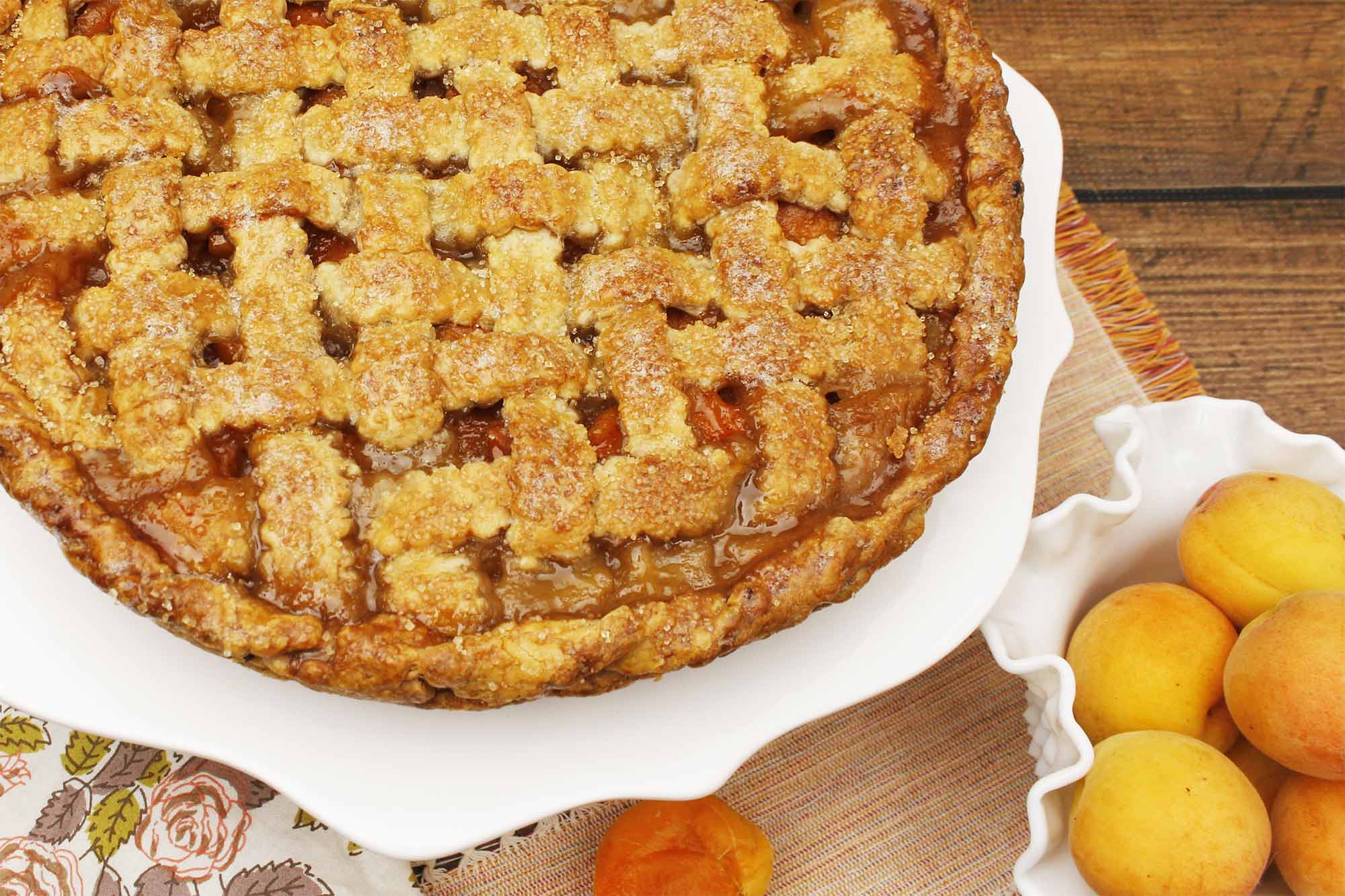 Lattice pie is easier to make than it looks, and this is the perfect pie to try out your skills. Beautiful and delicious!

2 ½ cups flour, plus extra for rolling

Lattice pie is easier to make than it looks, and this is the perfect pie to try out your skills. Beautiful and delicious!

In a medium bowl, whisk together the flour, sugar and salt. Using a pastry cutter or fork, cut the cold butter into the flour mixture, forming pea-sized crumbles. Pour the apple cider vinegar into the ice water, then slowly add it to the dry ingredients until the mixture is crumbly but sticks together with visible flecks of butter. Flatten the dough into a disc and wrap in plastic wrap; chill at least 1 hour before using.

Cut the dough disc in half. On a floured surface, roll out one half of the dough into a 12-inch circle that is ⅛-inch thick. Wrap and chill the other disc. Place the rolled dough into your 8 - 9 inch pie plate, making sure to press the dough into the corners and bottom of the pie plate. Leave a ½-inch overhang around the edge.  Chill while making the filling.

In a large bowl, toss the apricots with the lemon zest, juice, sugar, brown sugar, flour, cinnamon and salt. Toss until well coated. Pour the filling into the pie shell.

On a floured surface, roll out the other chilled dough disc into an ⅛-inch thick rectangle. With a knife or scalloped pastry cutter, cut the dough into ½-inch strips. (You will need about 16-20 strips to cover the pie).

Lay out 8 -10 parallel (north to south) strips of the pie dough on top of the filling, with about ½-inch space between them. Fold back every other strip. Place one long strip of dough perpendicular (east to west) to the parallel strips. Unfold the folded strips over the perpendicular strip.

Continue this process until the weave is complete over the top of the pie and each strip looks as if it is going over and under every other strip.

Trim the edges of the strips flush with the dough of the underlying pie dish, which should be about half an inch over the sides.

Fold the bottom excess dough over the top edge, and using your forefinger and thumb, crimp and flute the edges or use a fork and press the dough down to make a decorative edge.

Beat together 1 egg with 1 tablespoon cold water. Brush the top and edges of the pie generously with egg wash. Sprinkle with coarse raw sugar.

Wrap the decorative edge of the pie loosely with foil, to keep the edge from browning too quickly.

Place the pie in the oven on a baking sheet and bake at 425 degrees F for about 20 minutes, then lower the heat to 350 degrees F and bake an additional 35 minutes until your filling is bubbling. Loosely cover the top of the pie with foil if it is starting to brown too quickly. We help make cooking fresh, healthy meals easy and convenient. Get creative in the kitchen with organic produce and artisan ingredients conveniently delivered to you. From the fields to your table, there is a simple way to live deliciously.